I suck at apologies so unfuck you or whatever hoodie.

Take a look at this post for more details.

Do you find yourself constantly apologizing yet never improving your behavior? This can be a frustrating cycle, and one of the most challenging patterns to break. A recent study found that people who had more than 20 incidents of driving anger in just one week were less likely to change their driving behaviors long term than those with 10+ incidents in a week. Another study found that people who had apologized at least 15 times in a year compared to those who had apologized fewer than five times were significantly less likely to change their behaviors. This is especially true for those who have never received any formal apologies at all. 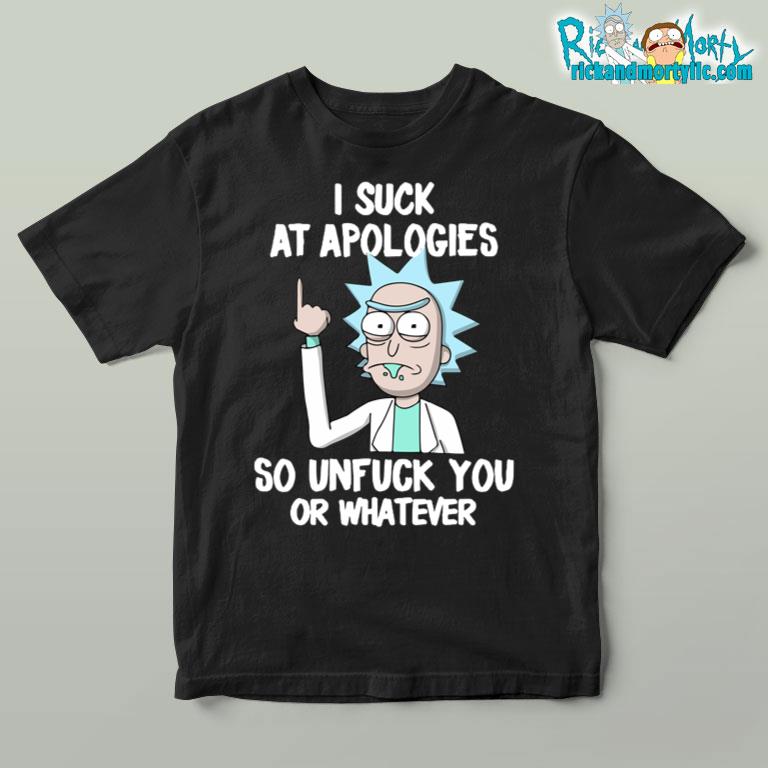 In an effort to improve myself, I created a promise for myself that I would apologize as soon as I made a mistake: “I will apologize as soon as I make a mistake. I will apologize right away if I don’t believe my behavior is one that reflects poorly on me and I will ask for forgiveness as soon as possible.”
I initially made this promise because I felt that it was the right thing to do and it would make me a better person. After making the promise, though, I found that my anger was still simmering underneath the surface, but this time my anger simply melted away because I knew for a fact that I would apologize. It was a feeling of pure relief.
Over the last few weeks I have been trying a number of different ways to improve my behavior and thinking. I realized that there was one major element missing from my promise: I would not apologize (truly) until I truly felt that my behavior was one that did not reflect well on me. One day, after days of practicing apologizing, dealing with personal situations, and getting a better perspective on how often others apologized, it suddenly clicked that by saying “I will apologize as soon as…” someone else had a full-blown apology in mind. When I realized this, my motivation for apologizing began to truly change. Instead of feeling forced to apologize, I did so because I genuinely wanted to.
Now when someone else accuses me of doing something wrong, instead of waiting until they are done speaking and then saying ‘okay’ (like I usually used to), they get a real apology. And while it might not seem like much, it makes a huge difference in the tone of the conversation and leaves a better impact on others.

Teens use apps to keep secrets?

Wireless Headphones are now on Market

Drones being used to monitor WordCup